Don’t do it in Word

Your Annual Report says more about your company than you might think!

Although often perceived as simply a chore of legal necessity, the Annual Report is frequently the only public document a company produces.

An Annual Report carries the burden of conveying the right message to stakeholders – people whose importance to the company is often underestimated. When a public company provides its bankers, shareholders, brokers, analysts, financiers, employees, customers, bureaucrats and others with an Annual Report produced in Word, it cannot expect to do so without a measureable loss of credibility. While many stakeholders are professionals with good powers of analysis, they are also human beings subject to subliminal perceptions like the rest of us. The emotional component of share purchase is well documented and a company that ignores how others perceive it, does so at its peril.

So what are the perceptions of a company delivering their Annual Report as an internally produced Word doc? The upside is that some will see it as a company trying to saving money but with a downside that the majority will perceive it as a company that has no cash and one that may well be in trouble. A Word document lacks sophistication which can too easily reflect on management and beg the question “Why would I invest in this company?” Others will simply view it as an organisation which has nothing to say. The list of undesirable messages is endless and it would be hard to find a member of the business community who thinks that a poorly crafted report can do anything but generate negative vibes.

Nobody is suggesting that small companies should run to the expense of producing the level of report appropriate to large multinationals – a simple, professionally typeset Annual Report is often all that is required to maintain adequate levels of confidence. Such a report is not expensive to produce, will enhance the company’s image and prove an excellent investment in the future. In short it delivers good value.

Whether or not you choose to ask APM or some other professional studio for a quotation is beside the point, but please… don’t do it in Word. 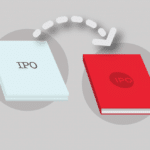 Submission of materials for publication 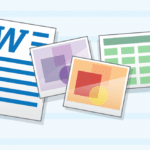