More Than Just a Pretty Face

Annual reporting season is just around the corner, and now is the time to consider the quality and look of your reports.

Have you previously considered engaging an external graphic designer an unnecessary expense? According to a study from Miami University School of Business, you may be labouring under a false economy. Researchers there conducted a series of three studies: one with finance students, one with members of the general population, and one with more experienced investors. Respondents in each study indicated that the design of a firm’s annual report would be of little significance in their valuation of a company. But after reviewing the first few pages and/or a sampling of annual reports, participants rated firms with more attractive reports higher than those with less attractive reports.

Here at APM Graphics, we have many years of experience in the production of quality annual reports. Contact us if you think we can help improve the aesthetics of your annual reports. 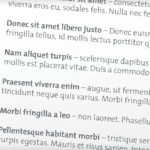 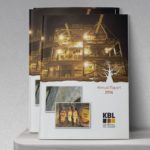